Like many first time visitors to this country I visited to the Tuol Sleng Genocide museum to learn a bit about the countries recent dark history. This site was a high school until the Pol Pot regime converted it into … END_OF_DOCUMENT_TOKEN_TO_BE_REPLACED

From Laos we headed south across the mountains, en route to Ko Samui, for one night in Bangkok. A city I’d been to a previous occasions, but had never managed to get much photographic return from this South east Asian … END_OF_DOCUMENT_TOKEN_TO_BE_REPLACED

Since going digital I have to admit forgetting / being oblivious about the multiple exposure function available on my DSLR. Working on this hotel commission in the beautiful city of Edinburgh it was needed..

The problem to resolve was the upstairs bookshelves (quite a nice feature to the room) were not getting any lighting, ceiling lights and ambient from the window were doing the room but without hitting those upper shelves they would come out dark and unnoticed in the shot. I used a Nikon Speedlight (SB600) and placed it on the floor of the upper balcony to throw a bit of light back up at the bookshelves, the flash was zoomed out and kept at a low power – the key here was for this light to be subtle. I wanted it to hit the shelves from 3 points across the floor so I used multiple exposure mode (this is under shooting mode on the Nikon) to fire 3 frames and after each one Paul moved the flashgun across the floor a metre. The ME mode automatically compensates exposure – so one frame exposure of 3 seconds at F11 will give a multiple 3 shot exposure of 1 sec at F11. 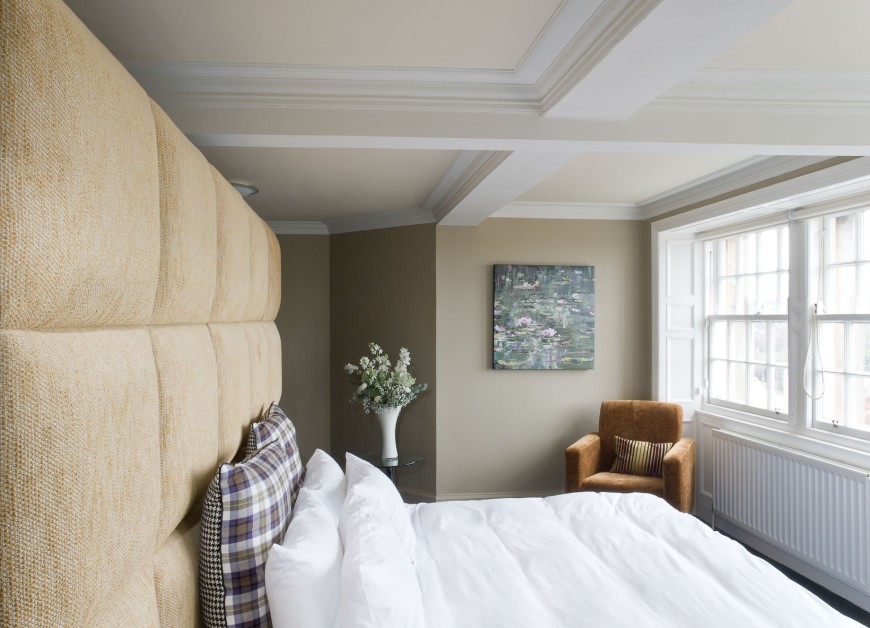 There is off camera flash used in this shot as well (but not multiple exposure) – we wanted to emphasize the bathtub in the background but the large windows hitting the bed left the part of the frame too dark, so Paul is standing out of frame on a windowsill (to the left of the bath) holding the SB600 which we are manually firing (because I can’t send the signal from camera) towards the bath. There is a window there so we are just trying to match that lighting angle and keep the shadow on the far wall similar to the one of the nearest one (with the mirror) It took about an hour to get it right! As a commercial photographer having time to get a shot perfect is sometimes a rare thing – make the most of it when you get it..

Such a great day covering the Wedding of L & G last month | More pics to follow...